Hei ja tervetuloa. It’s the brilliantly-named National Sleepy Head Day in Finland today, so bad luck to any of our Fennoscandian friends who were the last of their household to wake up this morning – I hope the water wasn’t too cold!

I have to admit, if the UK adopted the tradition, I’d be in as much trouble as the Olympique Lyonnais defence found themselves in on Saturday afternoon. Because I love a Lyon-in.

And speaking of the Emirates Cup, Arsene Wenger has been highlighting the positives from the weekend’s tournament, which saw Arsenal score seven, concede none, play with shape, pass with zip, and showcase a couple of our most promising young players in Jeff Reine-Adelaide and Alex Iwobi.

First of all our defensive stability was very good. After that our game is well structured, we can create chances and our technical level is good. Physically we are already not far from a very good level and some young players have done extremely well. We could give them a chance and that’s very pleasing for our fans to see that as well. We had two different teams, two good games, everybody played well, we have no injuries and we had clean sheets. The young players who played were convincing as well so you could see that it’s a photo of the present and of the future as well. The team spirit is very good as well so everything is positive. It smells like we can score goals. That is something that is very positive. Around the box our passing looks incisive, dangerous, creative, and our finishing has not always been at the level that we want it to be in the last two days but we cannot complain.

No, we certainly cannot. But we might make a few observations. Like Mikel Arteta, to me anyway, looked a little shorn of confidence and a bit sluggish shall we say, on Sunday, which is far from unexpected, given how much football he missed through injury last year. 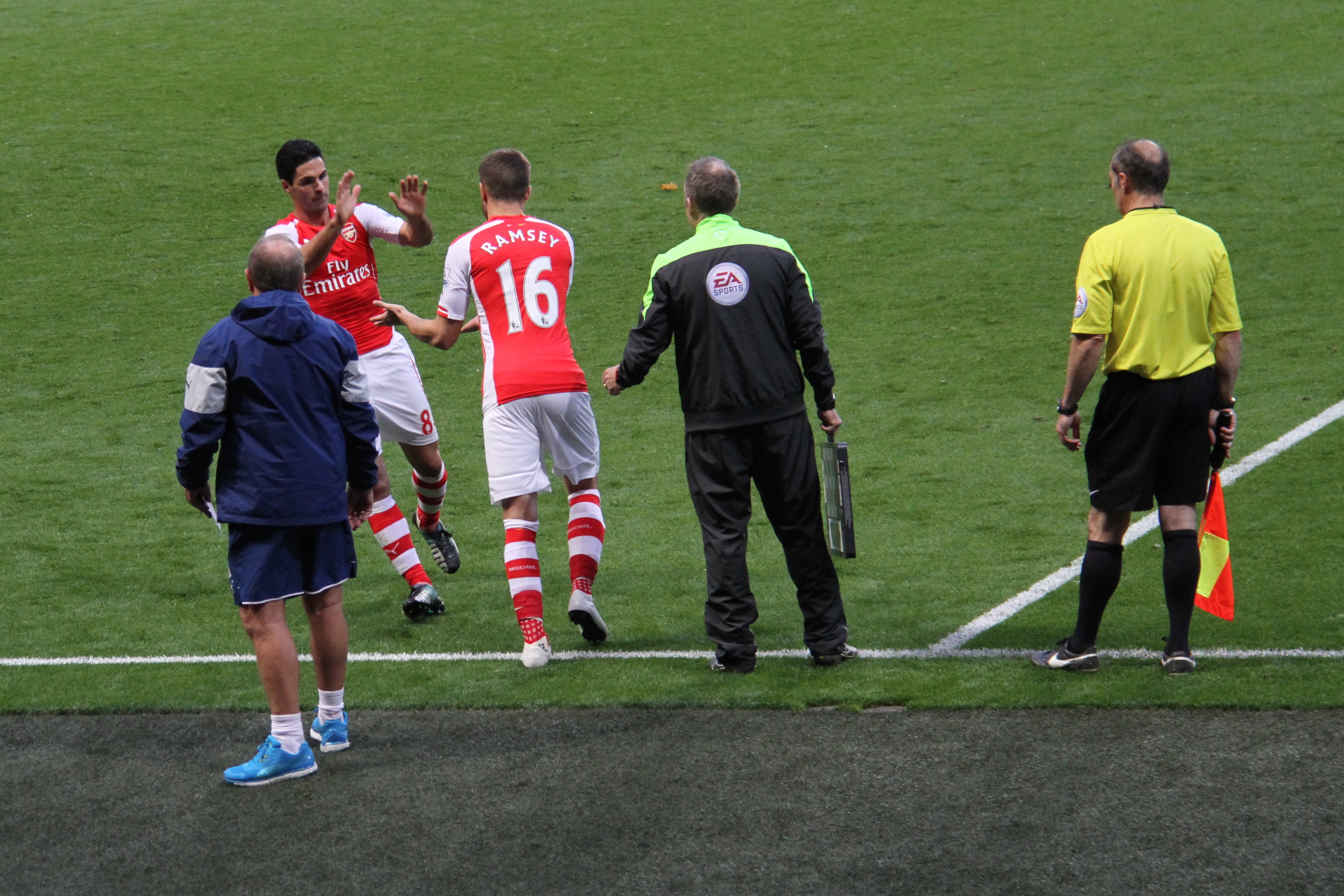 Arteta also admitted earlier this summer that the reason for the delay in him signing a new contract at the club was because he wanted to be sure in himself that he could still cut it at this level. An ambivalent yet refreshingly honest admission from the Spaniard, but one which again raises question marks over our lack of defensive midfield cover, should Francis Coquelin be unavailable for any reason.

I’ve said it before but even more than a top striker, I really think we need another high class alternative to Coquelin before I’d be really confident about our title chances this season. Because as the weekend showed, we’ve got plenty of goals, from plenty of places, in this squad, but we don’t have another out-and-out defensive midfielder of Coquelin’s calibre.

There’s still over a month of the window remaining so plenty of time to sign one, unless of course, there’s another surprise package waiting to be unwrapped, already at the club. Isaac Haydon for instance? That suggestion is based on nothing but the belief Arsene knows what his squad still lacks, if anything, in his eyes.

So if he has someone earmarked for the role within the club, someone who most fans haven’t considered, then great. Just so long as we’re not relying on Coquelin to play every game this term, or expecting Arteta to be a like for like alternative. Because he’s a very different player as far as I’m concerned, one who against the better teams, can’t provide anything like the energy and defensive dynamism the Frenchman brings to the side.

Something Arteta undeniably does still bring to our squad however, is experience and leadership, and he’s been speaking to Arsenal Player about the belief in the squad ahead of the new campaign.

We have been together a while now and we have this belief now that we are capable of achieving something important. It took some time to build this cohesion, this momentum. I think the crowd is feeling much closer to the team at the moment and together we can make it. I think pre-season has been good. The tour in Singapore was great as well, probably the best we have had. Here, the opponents were tough but we managed to play well and win both games.

And finally for today, Arsenal are reported to have added 16-year-old Ajax striker Donyell Malen to their list of summer recruits for our academy sides, beating off competition from Barcelona to secure his services.

If true, I wonder how much of a factor Yaya Sanogo’s loan to the Dutch club was in the deal. Because we seem to quite like getting a promising talent in return when we agree to let one of our players move on – we’re said to have negotiated the signings of Hector Bellerin and Jon Toral in the transfer of Cesc Fabregas to Barcelona back in 2011.

Or maybe Dennis Bergkamp and Marc Overmars just told the lad that the best club in the world is undoubtedly Arsenal. Yeah, I’ll go for that one.