Welcome back Blogees. Well, that turned out to be quite an enjoyable weekend I thought. I had harboured that all too familiar feeling of dread leading up to Sunday’s game at Wembley, given our struggles in beating Jose Mourinho’s Chelsea over his two spells in charge at Stamford Bridge, but the result was well worth the stomach churning in the end.

But to begin, a word or two on the ‘incident’ involving the two managers as the Arsenal team and staff walked down the Wembley stairs after lifting the Community Shield and were faced by Mourinho, who had waited to ‘congratulate’ them one by one in a not-at-all-for-the-cameras, public display of his newly-found class.

Having greeted every player like a long lost son, I’m certain the hug he was really hankering for, was from Arsene Wenger. But unfortunately for him, despite over half a century as a human being, he’s yet to realise that to earn respect, you must show respect, as the old adage advises, and this little act of appreciation for his side’s slayers on the day, was not nearly enough to make up for the endless insults he’s aimed in our manager’s direction over the years. 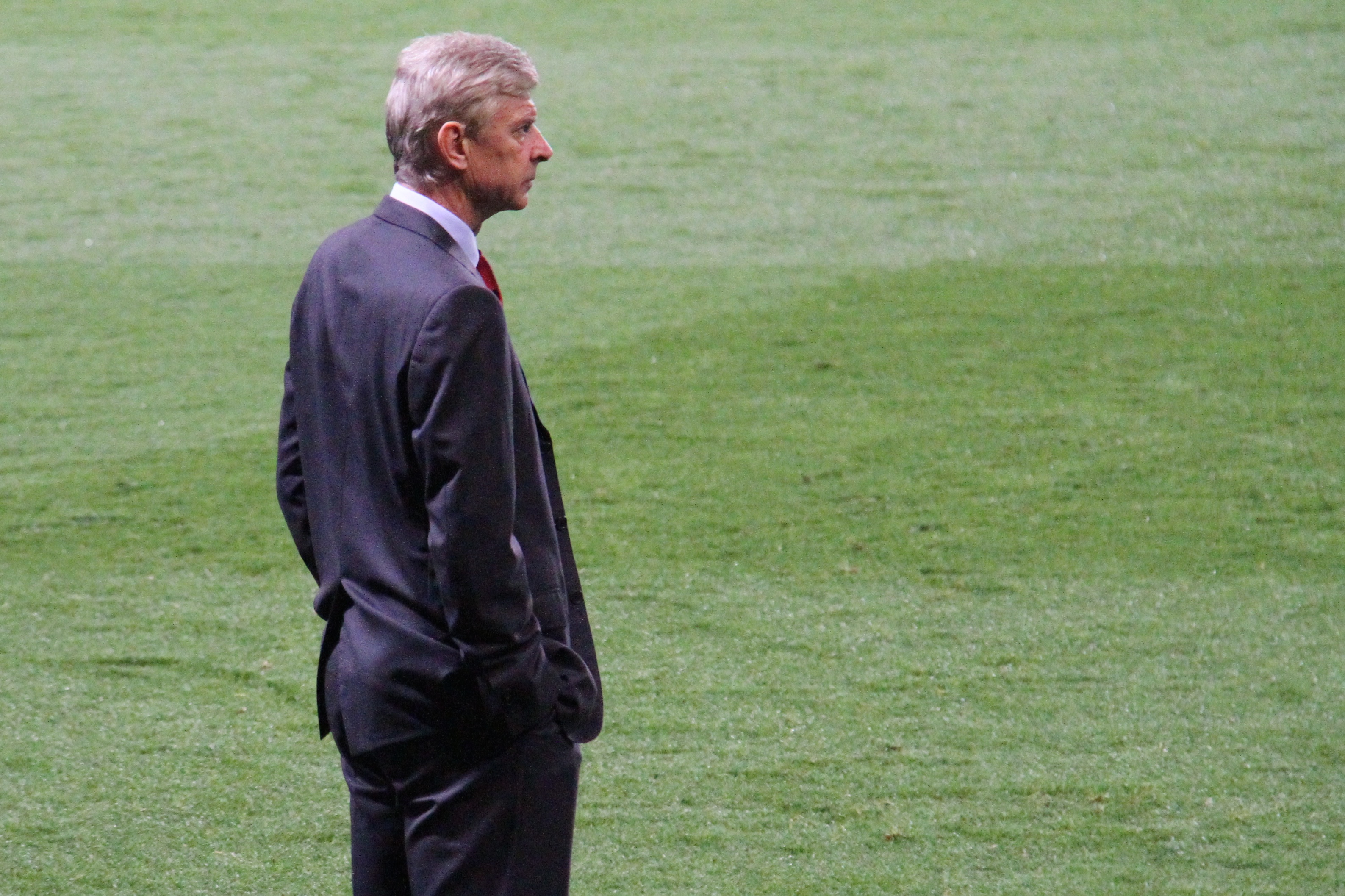 Aretha Franklin said it best back in 1967 but Arsene was pretty clear with his message for the Chelsea manager when questioned as to why he’d blatantly blanked Mourinho when an olive branch was so glaringly in the offing – a classic use of tactical ignoring from our manager.

We live in a job where you have to respect people and respect everybody. It’s a difficult job and we just think it’s vital – and I’ve said this many times in managers’ meetings – that managers respect each other.

It did make me wonder though, whether Wenger had Rafa Benitez in mind when uttering those sentiments. Last week saw Mourinho plumb the depths of even his cocksure crassness, by ridiculing the Real Madrid manager’s waistline, in response to an admittedly provocative comment about ‘clearing up Jose’s messes’ from Benitez’s wife.

Her words were far from wise but was Mourinho then entitled to such a personal riposte? He could, after all, have kept the conversation to football and spoken only about what he perceives are Rafa’s managerial short-comings but oh no, he had to call him fat and tell his wife to concentrate on her supposed role in the kitchen. He just goes too far. And in terms of his estimation in our manager’s eyes, it’ll evidently take a sustained period of Jose not being a complete w*nker, before Arsene affords him even a courteous “hello”.

By the way, before anyone starts, I’m allowed to call Wayne Rooney and Frank Lampard a little tubby now and again because this is supposed to be a blog with a strong Arsenal bias, written I hope, in what is a clearly jovial, piss-takey tone most of the time. Plus the pair of them are undeniably, for professional athletes at least, rather rotund.

Right, more than enough of that. Back to the game.

Alex Oxlade-Chamberlain’s match-winning goal was special enough I thought, but seeing Arsenal beat that horrible lot at their own game, yet at the same time, still attack with all the verve and geometric precision that are unmistakable hallmarks of an Arsene Wenger side, was, for me, the perfect way to win the match.

It wasn’t so much us “leaving our philosophy in the dressing room”, as Mourinho put it post-match, more a case of Arsene tailoring his doctrine to encompass both defensive pragmatism and our inherent panache for pass-and-move purity of football. Except, he implemented the new style at the turn of the year, when Francis Coquelin’s snarling, snapping emergence as our midfield terrior, came to the fore – not just for yesterday’s game.

Indeed, the two are not mutually exclusive anyway. Wenger once said that “making a good pass was also pragmatic”, and having witnessed the effectiveness of Santi Cazorla’s nimble feet and precise, pressure-relieving passing in our defensive third this calendar year, as well as Barcelona’s build-from-the-back dominance in recent times, ball-possession can still be king at both ends of the pitch – providing you are careful, creative and forward-thinking with it.

For instance, Chelsea enjoyed 57 percent of the possession yesterday – hardly dominance – yet did less with the ball than Arsenal managed with their 43 percent share. Barring Loic Remy’s good cross from the left in the first half which presented Ramires with that sitter he failed to convert, and a genuinely outstanding body-feint by Cesc Fabregas to create an opening for Eden Hazard in the second, Chelsea looked as threatening as a baby brandishing a balloon. Their attacking game amounted to no more than lumping it into the box from set-plays and taking long-range shots.

We, by contrast, defended in numbers and with tenacity but also stayed true to our tradition of creating goalscoring opportunities with crisp passing from the back (as for our goal) and bags of creative thinking – all when missing our best attacker in Alexis Sanchez.

This coming campaign should be fun – on and off the pitch.