Poor Jack. Just as he thought he’d completed pre season free from injury and nearing peak condition – BANG – he’s ruled out for another sustained period, with what the club today confirmed as being a hairline crack to his left fibula.

It’s clearly a massive set-back for the club, but the player himself must be even more devastated given how he’s suffered so many injuries in his relatively short career so far.

Arsene Wenger, who had said over the weekend that the injury would only side-line Wilshere for a ‘matter of days’, revealed his shock at it’s now confirmed severity, saying:

I had a bad surprise because it is a hairline crack in his fibula that makes him a few weeks out. There is minimal damage apart from the bone damage – there is no damage at all apart from that. It was a collision in training and it was all completely accidental. 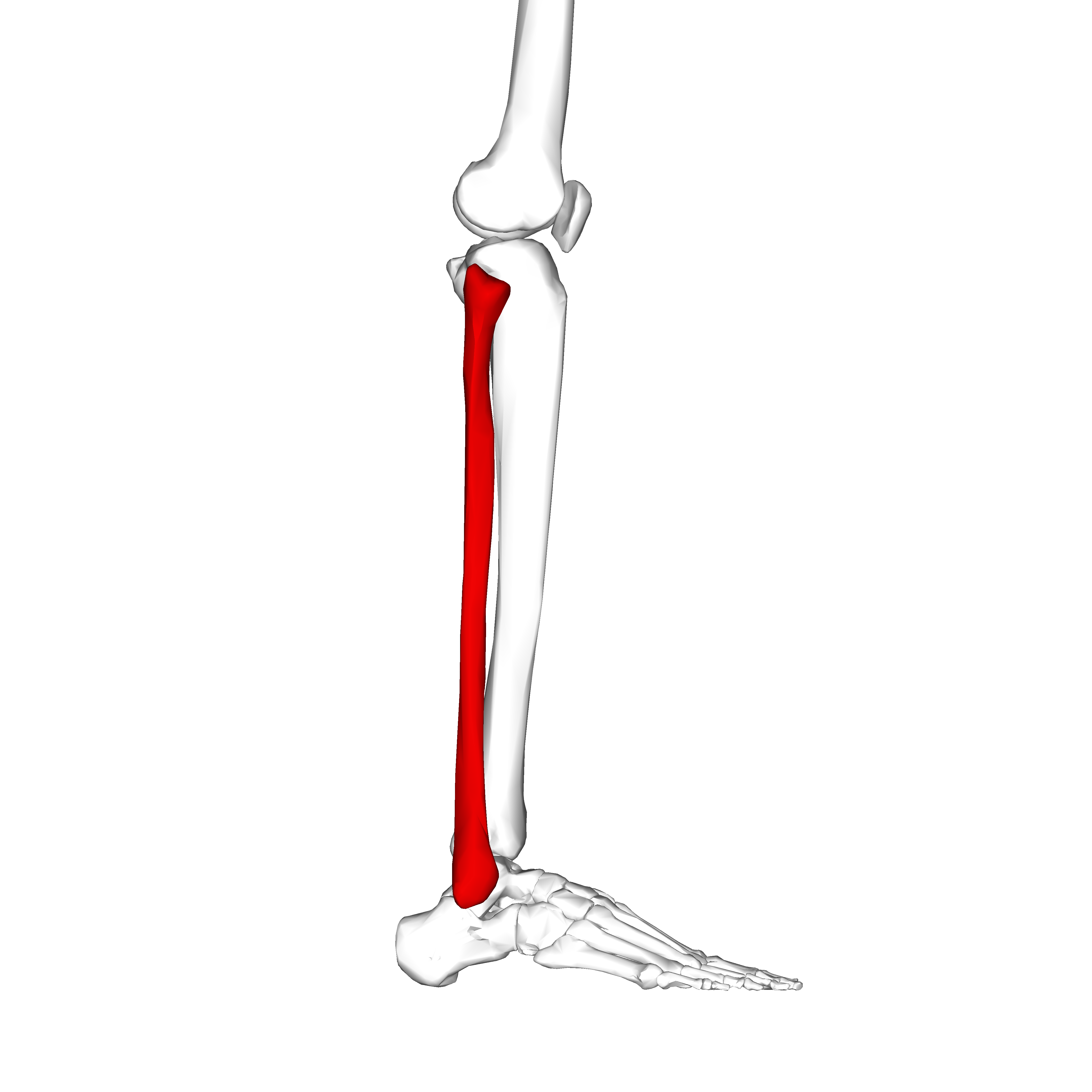 A fibula bone (shown in red)

Now obviously I didn’t see the collision but a general point on Jack is that as much as I’m sure we all love his determination in challenges and accept that it’s a representation of his steely character, I can’t help but feel he could learn a little about injury avoidance from somebody like his former England colleague Frank Lampard.

Although I think there’s nothing he could pick up footballistically from studying the former Chelsea man – apart from maybe how to score so many deflected goals or put away penalties – he could look at how Lampard managed to break that consecutive appearances record by being a bit more intelligent and selective in his tackles/collisions etc.

Anyway, we can take some heart I suppose, from the fact Arsene says there is ‘minimal damage’ besides to the bone itself which, having had a quick look online, suggests no tissue damage which should mean a more rapid recovery.

In terms of the impact on the squad, we have one less option in central midfield and the three attacking roles behind the striker, yet we still look comfortably stocked to cover for his absence.

That said, for me anyway, it’s a stark reminder of how fragile a footballer can be, and although Jack’s qualities can be replicated by others in the squad, the same cannot be said of Francis Coquelin, so a purchase in his position may now become a priority if it wasn’t already.

Elsewhere, Arsene had injury updates on other members of the squad today, revealing Danny Welbeck and Tomas Rosicky were on ‘progressive recoveries’. A bit ambiguous there from the boss, but I suppose he has to be cautious with putting time-frames on returns to full fitness, particularly given Wilshere’s amended prognosis.

Plus for all the advances in medicine, it’s worth considering that even the best doctors in the world still, relatively speaking of course, know very little about the human body, and hence recovery.

If only we could bottle Alexis Sanchez’s powers of physical endurance because despite only returning to training with the team this week, the Chilean wasn’t completely ruled out from playing in the Premier League opener against West Ham on Sunday by Arsene:

Speaking to the official site, the boss also explained how he was far from surprised at seeing pictures emerge over recent weeks of Sanchez training whilst still technically on his summer break:

Nope. That’d be more like me. In fact, I’m due a little rest up, with maybe a small, savoury snack or two.