Evening all. The weather’s warming up nicely here in London and with the official opening of this summer’s transfer window on Wednesday, I’m fully expecting the market to do likewise.

Several deals have already been announced by various clubs of course, with Liverpool in particular, striving to sign every professional footballer they’ve ever heard of.

Arsenal on the other hand, have been linked with every professional footballer you’ve ever heard of. It’s quite nice in a way, after so many summers of other clubs (I’m looking at you Barcelona) casting their beady eyes over our own, most prized possessions, to be confident of keeping our best players.

Well it was anyway, until France-based football writer Matt Spiro brought to our attention a report from France Football, in which it’s claimed Real Madrid are making eyes at the Gunners’ hybrid of Franz Beckenbauer and Bart Simpson – Laurent ‘never lost a tackle’ Koscielny. Or in the words of the report itself, ‘continue to move forward on the issue discreetly’. Which is a bid odd, considering they also mention Mundo Deportivo linked Madrid with the player earlier this month. 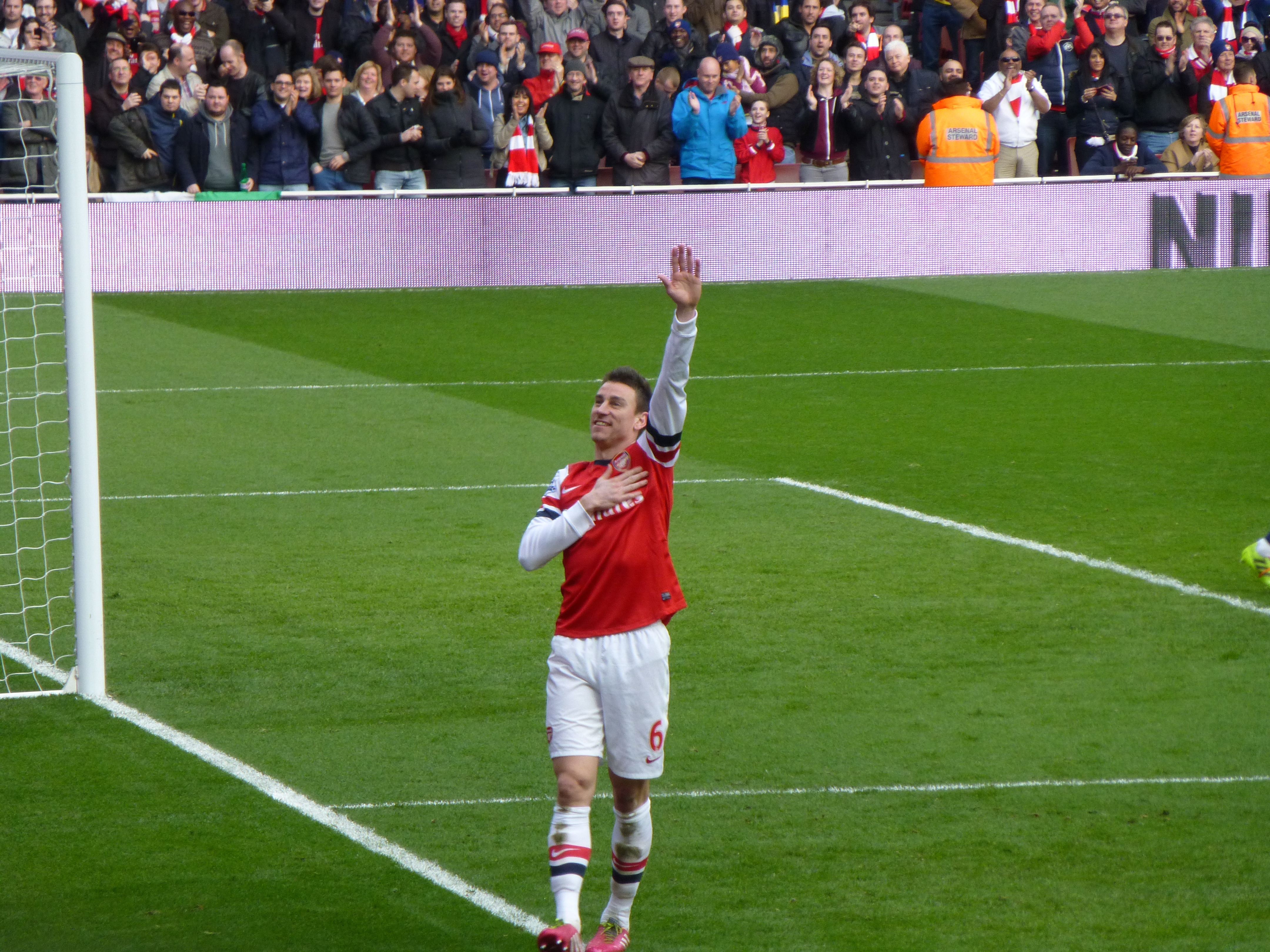 “Honestly, thanks for thinking of me, but i’m happy where I am Florentino”

Anyway, I’m dismissing the link as bullshit, based purely on Sergio Ramos’ on-going contractual posturing with the Spanish side. But If there does turn out to be any real substance to the story, I would hope Arsene will tell Madrid where to go. Selling our best defender simply should not be an option at this stage of our development. In fact, at any stage, if we are truly serious about winning the biggest prizes.

Onto potential signings, and as reported defensive midfield targets dwindle like Cesc Fabregas assists after Christmas, one man still standing, is Southampton’s Morgan Schneiderlin. The France international caused quite a stir last summer with his desire to leave St Mary’s, and having also been linked with Tottenham and Man United, has now revealed he hopes to determine his future ‘in the coming days‘. This comes just as bookies cut the odds on him becoming a Gunner. Make of that what you will.

In other, actual football news, AleXis Sanchez played the full ninety as hosts Chile beat Uruguay 1-0 to progress to the semi finals of the Copa America in the early hours of this morning. A bad-tempered affair, in which Chile enjoyed a mammoth 80 percent of the possession, saw both Edinson Cavani and Jorge Fucile sent off for Uruguay and was settled by a goal from Mauricio Isla after 81 minutes. Chile will now play either Peru or Bolivia in the last four on Monday. I saw the whole game and by his standards, Sanchez was very quiet for the most part. Saving himself for Arsenal, obviously.

And finally for today, Carl Jenkinson, rumoured to be close to securing a second, successive, season-long loan deal with West Ham, played the whole game as England Under 21s crashed out of the Euros with a 3-1 loss to Italy. Calum Chambers was an unused sub for the third game in a row.