Afternoon all, I want to start today with a few thoughts on Mikel Arteta, following widespread reports that the midfielder has penned a new one-year contract extension with the club.

Arteta is 33 now and will soon begin pre-season having endured the worst campaign, injury wise, of his Arsenal career. And for the first time since signing from Everton in 2011, he finds himself going into a new season absolutely not a first-choice selection. 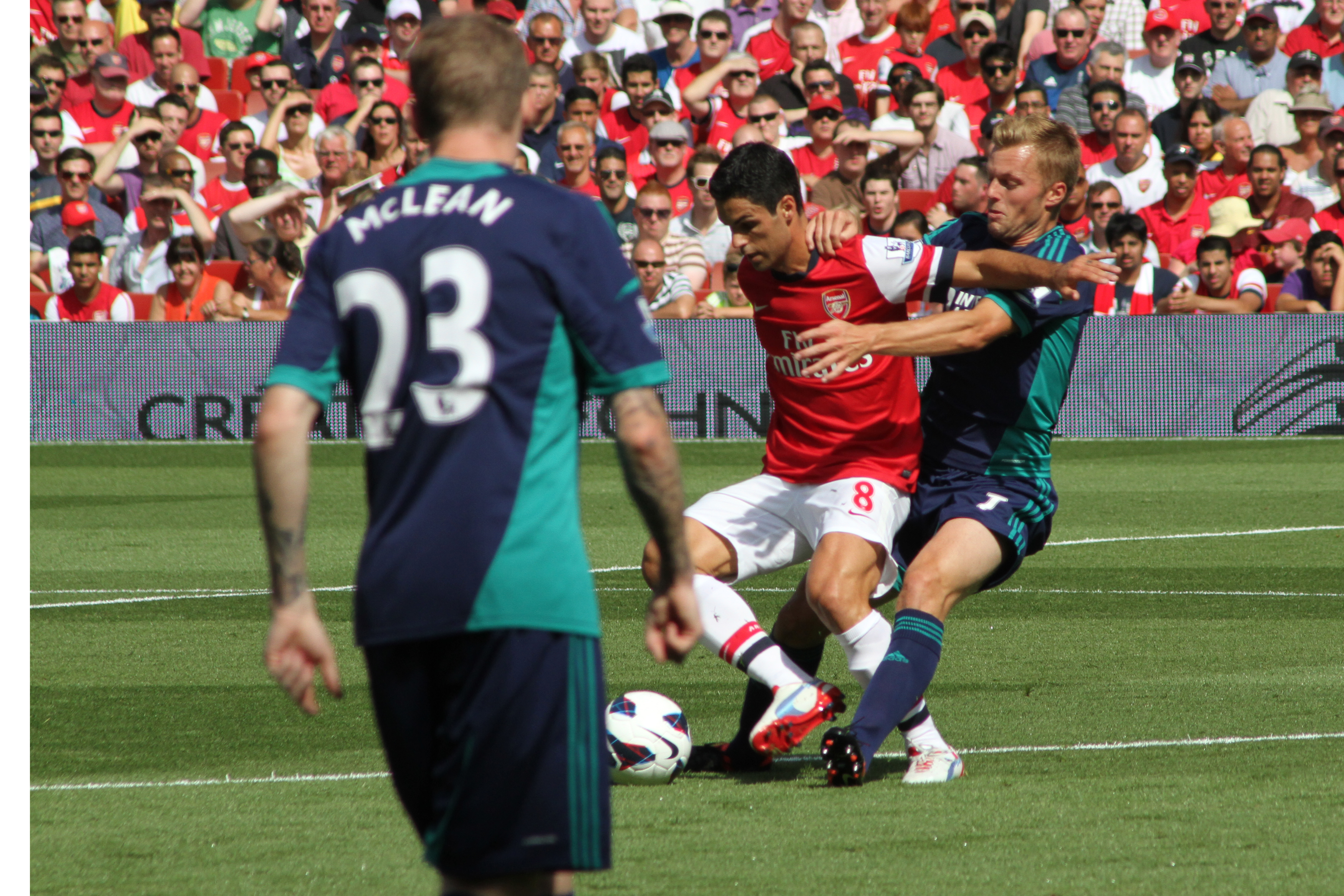 Can Arteta be as effective a shield as Coquelin?

That said, his experience and positive presence in and around the set-up can’t be underestimated and together with the likes of new signing Petr Cech, Tomas Rosicky and Per Mertesacker, he forms a core of older pros who are vital to any squad with ambitions of winning the biggest prizes.

But my issue is with those who suggest we may not buy an understudy or competitor for Francis Coquelin and instead entrust that task to Arteta, with Mathieu Flamini possibly on his way and in my view not a good enough option anyway. The trouble with that plan though, is that Arteta’s previous role in our engine room has been filled, and improved on, by Santi Cazorla – not Coquelin.

The Frenchman was so noticeably outstanding, in large part, because no-one was actually playing his position in the team, a position we’d been crying out to introduce as a team – the out-and-out defensive midfielder. So can Arteta now do what Coquelin has been doing since January? Not for me. He’s not mobile, tenacious or fit enough to replicate Coquelin’s contribution.

The alternative then, without external reinforcement or overlooked internal solutions (Krystian Bielik?), is to disregard what is probably the single biggest factor in our new-found balance between defence and attack, the standout reason for our upturn in fortunes in the second half of the season. I think it would be similar to when we started last season without another centre back and we shouldn’t be taking the same kind of risk again.

But we don’t necessarily need to sign a household name, as Coquelin’s emergence made abundantly clear. We need someone with the same strengths as the 24 year old: a ball-winner, someone who barely crosses half-way and reads the danger, wins it back and plays it short and sharp, chases back with pace and determination to cover spaces and teammates and holds up or halts opposition attacks. That is Coqulein’s raison d’être and we need another player as close to him as we can find. Mikel is not that man.

Now bare with me, but somebody like Rafael Da Silva, the right back reportedly surplus to requirements at Man United, is more suited skillset-wise in my opinion, to deputising for Coquelin than Arteta. I’m not suggesting we should buy and re-position the Brazilian, merely pointing out that there are potentially more creative solutions out there, aside from the obvious, perma-linked names like Morgan Schneiderlin and William Carvalho. Footballers’ ‘positions’ are never set in stone and we as Arsenal fans should recognise that better than most. All I’m saying.

Moving on and there are some snaps on Arsenal.com of the first wave of players who have returned to London Colney for pre-season preparations and the group consists of a number of our most promising youngsters as well as first-team regulars. If you haven’t guessed by now, I’m a big fan of Wellington Silva’s potential and will be keeping a keen eye on his progress over the next month or so. It would be brilliant to see him finally pull on an Arsenal shirt and show us what he’s got in the Asian tour and Emirates Cup this month – It’s been a long time coming.

Speaking of our international commitments, Olivier Giroud has been talking to Arsenal Player about his admiration for the club’s overseas support, ahead of our trip to Asia in a week or two’s time.

It’s always a pleasure and a really good experience because you can see the fans are crazy all over the world. They support the team until they die and they are fantastic. A proper fan has to learn all the Arsenal songs so it’s nice to hear them singing our songs and the way they are singing is even more surprising because they sing with their heart. I remember when we landed in Vietnam very early in the morning but there were 2,000 people who were waiting for us and cheering us on. It was a great feeling and it makes you want to produce even better performances when you get onto the pitch.

And finally for today, the club have reportedly recruited a new strength and conditioning coach, so I’m fully expecting Hector Bellerin to be built like Roberto Carlos when the new season commences.