Greetings. I have a crammed, quote-tastic, kit-alicious offering to bring to you today, as Arsene Wenger has been speaking at a press conference ahead of our first game in the Asia Trophy tomorrow, and the club have unveiled our new away strip at an official launch event in Singapore this afternoon.

But first the boss and he’s expressed his hope that the squad can ride the crest of the confidence wave our FA Cup win in May created, whilst also highlighting the importance of concentrating on our own improvement as a team and avoiding any preoccupation with the relative strengths of our opponents.

We moved forward in the second part of the season but as well the cup means something to the team because on the day, whether it’s the semi-final or the final, you have to win. The trophy improves the confidence of the team. I believe in England, we are always worried about each other because we have so many teams with the potential to win the league that everyone looks around and thinks, ‘What are they doing? How strong are they?’ What we want to do is focus on ourselves, focus on our strengths and see if we can develop on what we did last year. That is the most important thing, not to waste too much energy on looking around us. 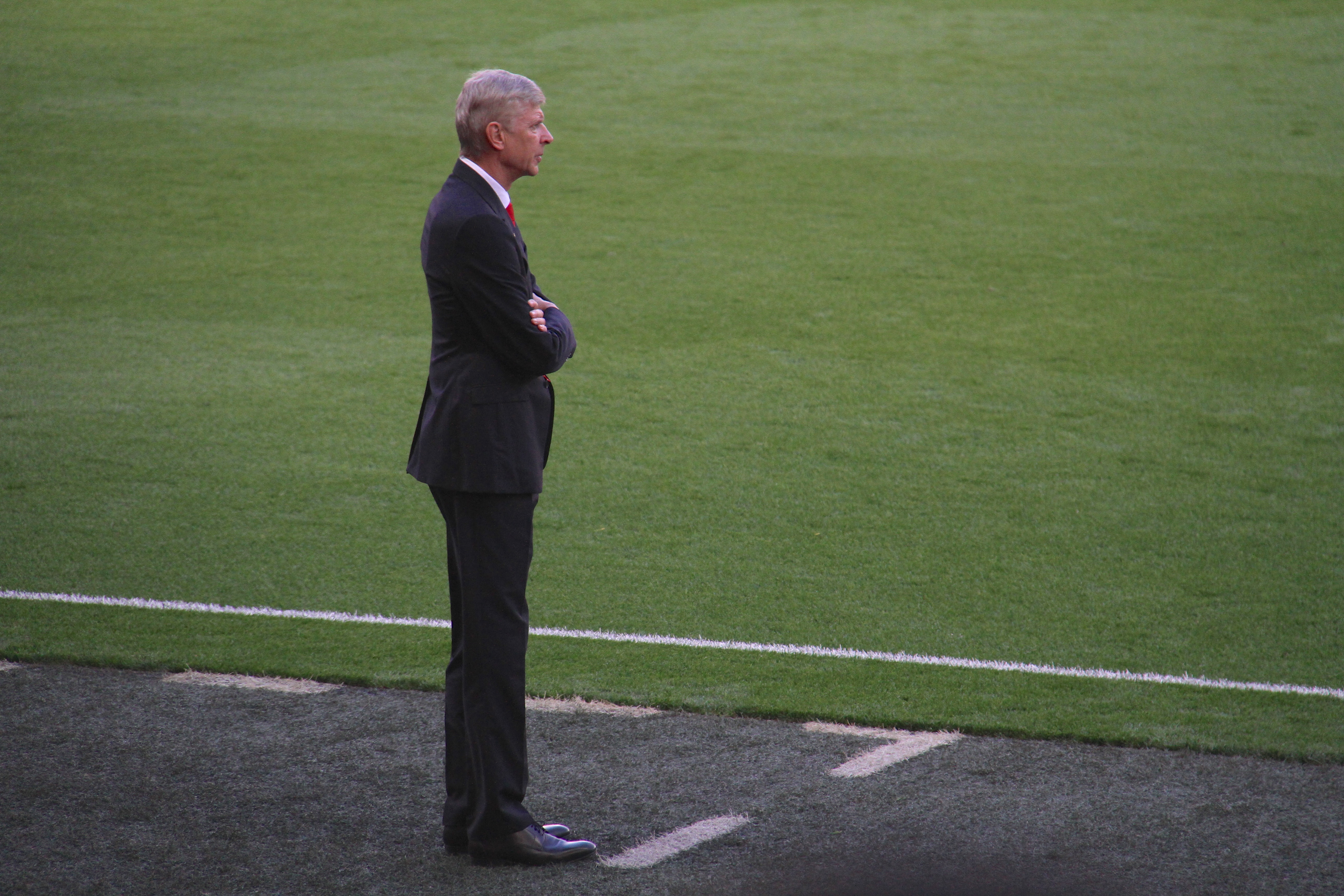 The boss prefers to focus on his own team

Which is true to an extent, because clearly nobody should waste time worrying that Liverpool have signed Danny Ings to partner Rickie Lambert, or that they’ve bought Adam Bogdan to battle it out with Simon Mignolet.

But if Man City add Kevin de Bruyne and Paul Pogba to their purchase of Raheem Sterling or Man United land Edinson Cavani and Nicolas Otamendi or Chelsea snare an upgrade on Gary Cahill and Oscar, I’d say we’d be silly not to afford their new line-ups at least a glancing appraisal. You can’t take a pen to a sword fight, or something.

But of course Arsene knows that full well and followed up those sentiments with his now very familiar line about being ready to buy if the right player becomes available. He said:

I don’t close the door (on more signings). If we can find any player who can strengthen the squad then we will.

As many have pointed out, it’s all about incremental improvement for Arsenal now. The squad is at a stage where barring a like-for-like, quality deputy/competitor for Francis Coquelin, we don’t need a lot to mount a realistic challenge for honours at home and abroad.

My hunch is that we’ll still spend, and spend big, on one or two players even if they have limited resale value or come in at the expense of an established squad member. Mainly because we can now. And also because on pitch success is vital for the continuing growth of our commercial income, the maximisation of which goes full circle to helping us improve the team – the commercialcircle©®™ of footballing success, if you will.

Arsene also spoke about the importance of pre-season for Alex Oxlade-Chamberlain in particular, after the England international’s injury-plagued second-half of last season, saying:

Alex played the first 20 games last season and was after that injured, so he is of course one of the regular players in our team. He is not directly always in competition with Alexis because he plays more on the right side than the left, but it is a good opportunity for him because he is not injured. Pre-season will be very important for him.

And he then outlined the likely time-scale for Alexis Sanchez’s return following his Copa America exploits for Chile this summer, praised his performances in winning the competition for his country, and hinted at the Chilean’s superhuman recovery powers. He said:

He will be back on August 3 and it usually takes three weeks to be competitive. He will miss certainly the first game of the season but with Alexis, it takes a little bit less. When he had to turn up in the final [of the Copa America], he was there. He was the one who was dangerous, he was the one who was always provoking opponents, and he was the one who had the guts to take the final penalty to win the cup. He contributed to his country’s achievement and it’s something special that they’ve done. He was a big part of it.

Even though he has won everything in England and probably in Europe, he is still ambitious. Those types of signings give the team a lift. The decision he made to come here after being a legend at Chelsea is not easy. I don’t think many of them would do it at his age, and he is still hungry, he wants to prove himself at the top level and I think it is a really good decision for us. He could have gone to another league and thought, ‘My name is in England forever with Chelsea and it’s only going to be with Chelsea’. He knows he’s going to get some criticism coming here and that the pressure is going to be on him a lot but he just wants to take it. He says, ‘Okay I’ve got another chapter, and challenge and a chance to make Arsenal champions’. I have no doubt [he will cope well with the criticism. He is very cool, he’s been training really well and that’s what he’s here for. He’s not here just to sit on his back, he wants to compete and he wants to keep winning.

Finally for today, our new away kit is confirmed and available for purchase and I have to say I like it a lot. It’s 2002-ish and we all know what happened that year.

At the launch event, two teams of Arsenal players were formed on stage – one wearing the home kit and one the other the away strip – and in a freestyle skill-off, Santi Cazorla outdid Hector Bellerin to win it for the away team.

Oh and Oliver Giroud mouthed ‘f*ck off’ at a team-mate who was clearly baiting the Frenchman for his perceived, over-zealous penchant for self grooming. Brilliant bantz by all accounts.

Right, I can cram no more.