Evening all. A very short round-up for you today and I’ll begin with our vice captain Per Mertesacker’s belief that we haven’t see anything yet, from his compatriot and assist king Mesut Ozil.

As the former Real Madrid schemer prepares to start his third full season at the club, Mertesacker says that after two injury disrupted campaigns in north London, Ozil can take his game to a whole new level – providing he stays fit.

He is one of our key players. Him in good fitness, him at his best – there’s a lot more to come from him and the second part of last season when he came back from injury, you could see how important he is for us as a team with his key passes, being in between the lines and always carrying a threat to the opponent. We need to find him and make him better, then he can show his real potential. The key will be not to get any injuries or niggles. He’s a good player when he’s fully fit but obviously he needs to gain that little extra, that confidence, to play his best. We will see – I’m pretty confident that he has his best and his first full season in front of him. 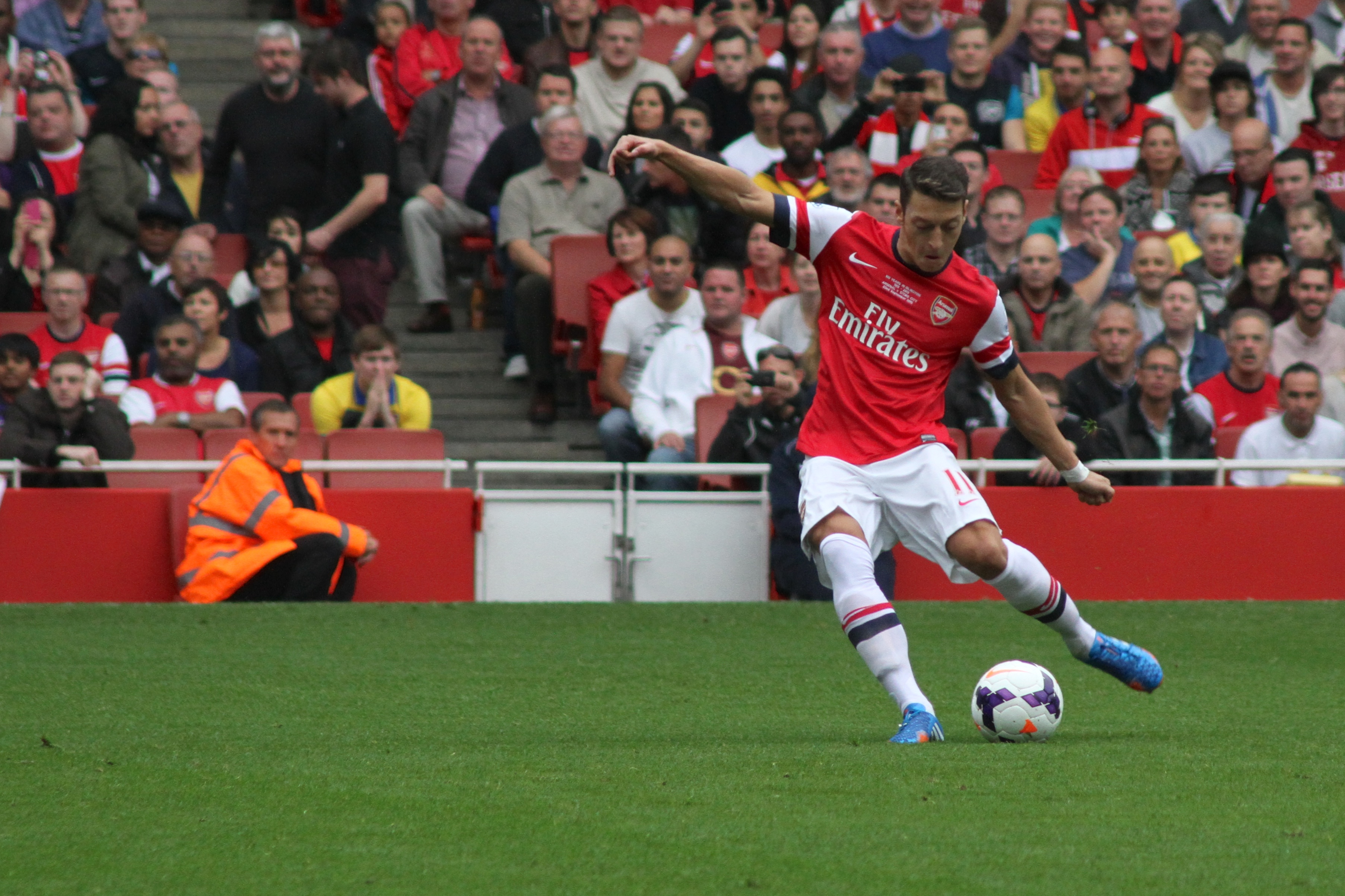 Mesut Ozil can get even better says Per Mertesacker

I think I know what Per means when he says ‘we need to find him’, because if they’ve lost our number eleven somewhere in Singapore, then they really ought to go and look for him. Of course more likely is the suggestion that the team needs to play to Ozil’s strengths, which for me would entail giving him the ball at every opportunity and providing him with a plethora of intelligent runners to aim his perfectly weighted passes to – something we do very well already in truth.

Fitness aside, the other slight issue with Ozil initially has been his oft-varying starting positions and the lack of a settled side around him. But the second half of last season saw a far more consistent selection with Ozil as the primary playmaker behind the striker and I can’t envisage Arsene Wenger changing that now unless he’s forced to.

Elsewhere, Alex Oxlade-Chamberlain has been speaking about the importance of pre-season and seizing his chance to cement a place in Arsenal’s starting line-up this season.

Everyone looks to pre-season and getting going – it’s a good opportunity for all of us to get fitness back. It’s a step in the right direction to getting back to full fitness, not just for myself but for everyone. We’re looking forward to the start of the season. I’ve seen every year as a big one for me and this is no different. I did suffer from injuries for the last two seasons now, which is always frustrating and isn’t something you want. I do see this season as an opportunity. First and foremost, you have to do everything you can to stay fit, so I’m working on that. Then you never know what can happen in football. You’ve got to be positive and take any opportunities you get.

And finally Jack Wilshere, fresh from scoring against a Singapore Select XI on Wednesday, has been speaking about the intense competition for places in Arsenal’s midfield and the need to play a possession game in a climate as warm as in the Far East.

It’s unbelievable and it’s down to us as individuals to make that place ours. That’s going to be tough, of course it is, but I’m up for the challenge and I’m sure all the other boys are as well. We want to win every game and the boss tells us that before the game, and stuff that we can work on during the game, but the main thing here is fitness. Especially in this heat, you want to work on winning the ball back high up the pitch and when we have it, we want to keep it because you don’t want to be chasing too much. Everton like to keep the ball so we want to keep it as much as we can.

And I’m afraid that’s where I’ll have to leave it this evening. Have a good one whatever you’re doing and if you happen to be in Singapore, keep your eyes peeled for Mesut Ozil – he may be lost.