Good evening everyone and as we reach the end of another working week without any new signings, the online Arsenal world is notable for its lack of Gooners fretting manically over why no new players have been signed up yet.

Quite the contrast with summers past and as clear an indication as can be, that fans are not only far more confident with the calibre of the current squad, but also of the club’s desire and ability to attract the top top top, super duper talent required to improve the team.

One such talent may be Chelsea’s four-time Premier League winner Petr Cech and for once, I think it’s safe to assume that two plus two does indeed make four.

All the pieces seem to be falling into place with the news that Arsenal’s goalkeeping coach Tony Roberts has followed Lukasz Fabianski to Swansea City, paving the way for Cech to bring his long-term coach Christophe Lollichon with him to north London.

With David Ospina strongly linked with a move to Turkey (see yesterday’s post), our goalkeeping conundrum over whether to stick or twist, upgrade or persevere and polish, would appear to be close to resolution.

Lollichon has worked with Cech at both Rennes and Chelsea and theirs is a proven partnership which will surely only weaken our west London rivals. Particularly if they replace Cech with Robert Green. Excellent stuff.

In other news, Thierry Henry has been speaking to Arsenal Player and waxing lyrical about AleXis © Sanchez, citing the Chilean as the man to provide the X-Factor in any Arsenal title challenge.

If you’re an Arsenal fan, we were all waiting for that type of matchwinner. Look at what he did in the FA Cup final and what he has been doing since his arrival. He has been more than tremendous.

We want to see that more and more and I know that he has that in his locker. When you have a guy like Alexis Sanchez, it is the X-factor.

It’s hard to disagree with any of that and if anybody would know what makes a match winner, it’s our all-time record goalscorer. Sanchez’s goalscoring feats bettered Henry’s own in his debut season, and if the south American improves at the same rate as the great man himself, we may just have a future world player of the year on our hands. No pressure AleXis! 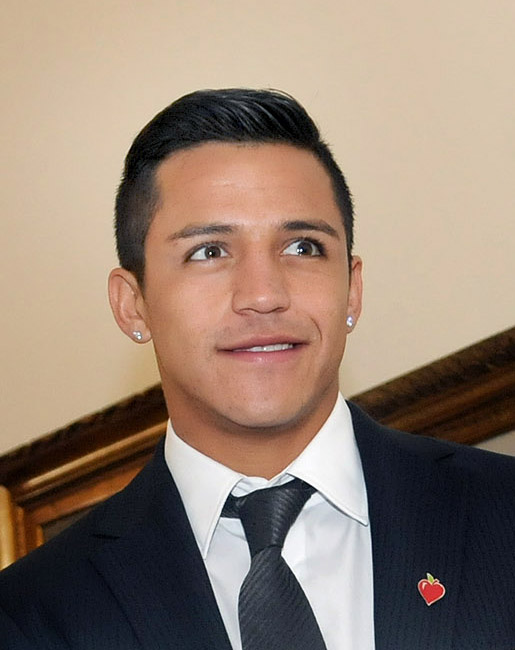 “Wait till you hear me sing, Thierry”

Onto departures and two players out of contract this summer have joined new clubs, with Ryo Miyaichi heading to Germany to sign for second-tier side FC St. Pauli and Sami Ajayi securing a deal with Cardiff City. Best of luck to them both in their new surroundings.

Finally for today, the England Under 21 side lost 1-0 to Portugal in their opening game at the Euros last night, with Carl Jenkinson playing the full game and picking up a  booking, while Calum Chambers was an unused sub. There’s a match report here.

Oh, and best of luck to our effervescent number seventeen in the Copa America in the early hours of tomorrow, Chile play Bolivia and highlights should be on the Beeb website in the morning if you can’t find a stream or don’t have Premier Sports.

Right, I think I’ll leave it there. Till tomorrow.