What a difference a year can make.

Last June, Arsenal’s fans had to endure the horrible sight of former fan favourite and club captain Cesc Fabregas, being paraded in the blue of Chelsea. Fast forward to 2015 and the tables were well and truly turned today, as we announced the signing of Petr Cech.

We all saw this coming of course, with his medical reported to have taken place last Friday. Yet for me, and I’m sure many others, there was always that lingering, nagging feeling that somehow, the deal would fall through. No more doubt now though. Cech is a Gunner. 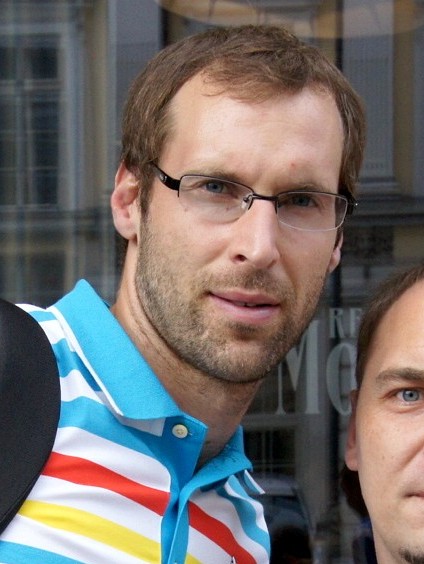 In a statement on Arsenal.com, Arsene Wenger had this to say on his latest high-profile capture:

Petr Cech is a player that I have admired for a long time and I am very pleased that he has decided to join us. He has proven over many seasons that he is one of the outstanding keepers in the world and he will add great strength to our squad.

Whilst the ‘keeper himself made it clear he means business:

I’m really excited about joining Arsenal Football Club and can’t wait to join up for pre-season. I have the same commitment to football, the same motivation and the same hunger for success as I had at the beginning of my career, and I love the challenges brought by the top quality players you face while playing in the Premier League. When Arsène Wenger spoke to me about his ambitions for this club, and how he saw me as part of this team, the decision was clear.

Cech has also given his first interview as an Arsenal player, to er, Arsenal Player. In it, as Arsenal.com editor Chris Harris poses the questions, Cech discusses his ambitions with his new club and reveals how he is reinvigorated by being a reserve last season.

But the most pleasing part for me, which echoed Mesut Ozil’s words when he joined in 2013, was him telling us how Wenger assured him Arsenal had great aspirations moving forward.

I had a good chat with him and it was the first time after the club approached me that I could speak to him in private for such a long time. He made me believe that this was the right step and that this is the club with a lot of ambition.

I have a lot of personal motivation and ambition and the club definitely matches it. It is an exciting time for me, it is a project where Arsenal fans and the club have been waiting for the Premier League title and this is a chance for me to bring my experience and my little extra to the team and we can possibly achieve that.

After so many debt-ridden years, constrained by the shackles of building a spanking new stadium unaided by the wealth of some altruistic Abramovich-esque figure, we’ve ridden the storm and we’re sailing with the sun rising and the promised land in sight.

To top it off, for those fond of a spot of Chelsea-baiting, their manager wanted to keep Cech. Ours said ‘no thanks Cesc.’