Hello and welcome back. If rhyming riles you, apologies for the title of this post. I didn’t set out to construct a melodic headline, or even see it coming until it was here. It just happened.

Which I suppose is a bit like Arsenal’s forays into the ritzy realms of the transfer market in recent years, in that I’m fairly certain Arsene Wenger never envisaged signing Mesut Ozil at the start of the summer in 2013, or indeed Alexis Sanchez a year later, but when opportunity arose, he was all over it like our hyperactive Chilean is a football pitch.

And that seems to me the strategy again this window – bide our time and wait for a Benzema to become available – or keep our powder dry for when one eventually does.

But more on the Real Madrid striker later because I want to touch first on the news breaking late last night, which involved one of our current players, Theo Walcott, and his reported desire to sign a new contract with the club, albeit with the caveat, according to the Guardian, of a hike in wages.

Having let his previous contract run into it’s final six months before extending some 18 months ago, Theo and the club find themselves in a similar situation this time around with just a year remaining on his current terms and the start of the new season fast approaching. Here’s what he had to say on the matter:

My agent has talked to the club, I enjoy playing for this club so I am just letting them crack on with things and I’ll continue playing football. If it happens it happens. We’ll just play the waiting game and see what happens but I’m sure it won’t be long.

Which sounds to me a lot like brinkmanship borne of past experience in these matters. He’s been here, done this and found a compromise. Yet this time around, many argue the need of the club isn’t nearly as great due to a significantly strengthened squad. It’s a risky ploy by the player alright. 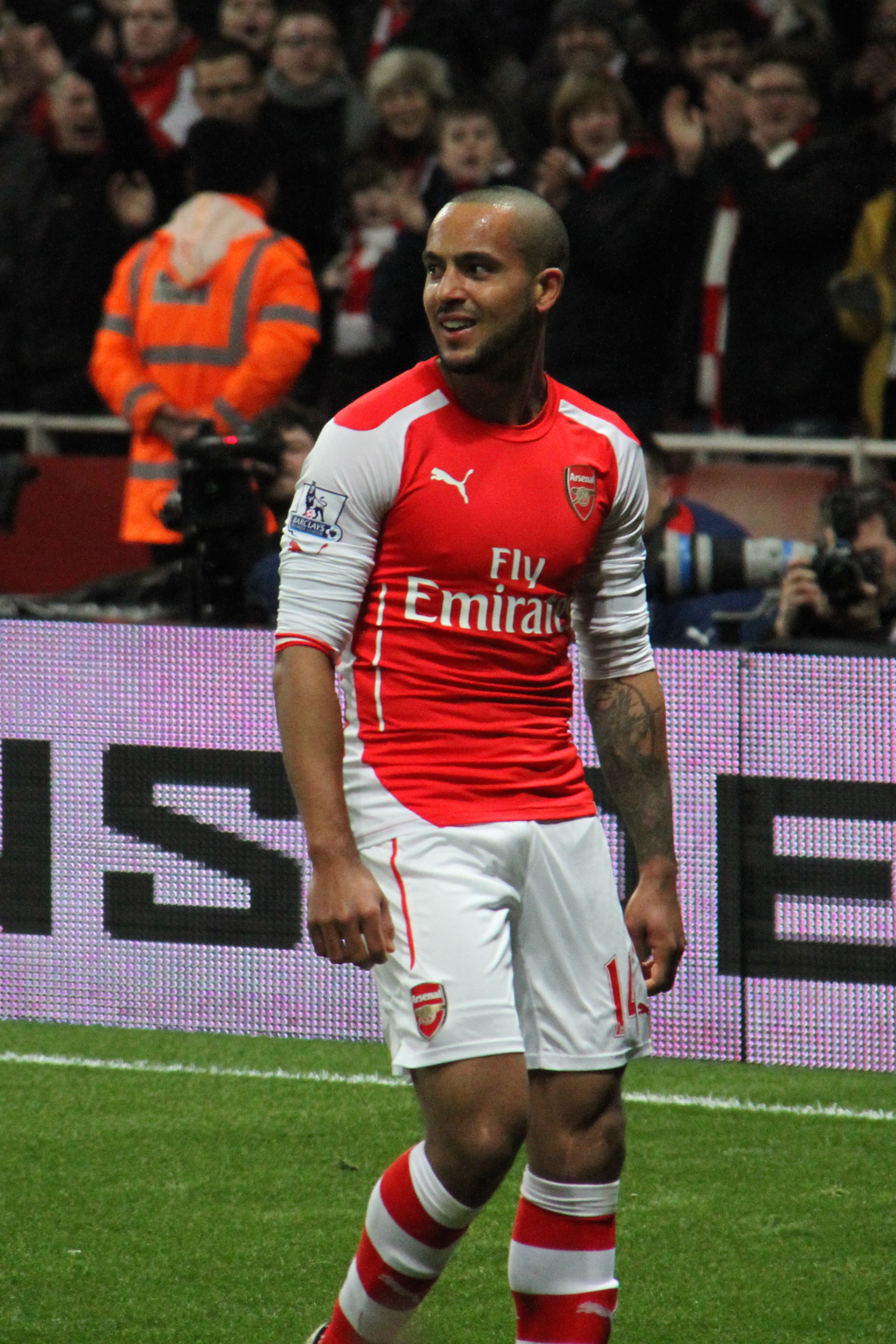 And Interestingly, his sparkling form leading up to these discussions mirrored his outstanding performances in the build up to his last contract resolution, so if nothing else, to paraphrase Walcott himself, he knows which patches to be consistent in. Which may ultimately prove crucial in the managers decision on any improved offer, because aside from the very end of last season, he was rarely picked to even start, let alone in his preferred central role, after returning from a lengthy injury lay-off.

Leaving the contract wrangle aside for a second though, I think it’s safe to say that as a player, Theo, now 26, still divides opinion among fans and pundits alike. Some love him, some not so much. Some consider him a valuable, maybe misunderstood, and perhaps even mis-used, attacking weapon, others a brainless, over-rated liability with poor work ethic and even poorer technique. And of course there are the inbetweeners who might appreciate his strengths, bemoan his shortcomings but do so with an air of indifference. To them, he’s no Thierry Henry, but he’s certainly not Aaron Lennon either.

For what it’s worth, I’m firmly in the former camp. I’ve rated Theo since I saw him live, make his debut in Arsenal colours at Havant and Waterlooville’s West Leigh Park for the under 21 side in February 2006. He wasn’t particularly impressive overall but scored a goal out of nowhere, arriving late to the scene to bury a loose ball past the Portsmouth ‘keeper in a blur. He was just 16 at the time, having arrived from Southampton the previous month.

And that’s what I think he’s all about really – scoring goals. Be that from wide or on occasion through the middle, Theo guarantees goals. In 82 starts in all competitions for the club, he’s managed 76 goals. That’s a rate of 0.93 goals per game which compares favourably even with his legendary predecessor in the number 14 shirt Henry, whose rate stood at 0.74 with 226 goals from 305 starts during his first spell at the club. Far less games of course but not so few as to skew the statistics into having no meaning.

Incidently, of the three forward positions, wide right would be my third choice in terms of where to play him as I think coming onto his right foot from the left and having the option to go either way from the middle gets the best out of him and his instinctive strengths, as opposed to when he’s forced to face a left-back from a standing start on the right. Anyway Theo also added the following when speaking after Saturday’s win over Everton in Singapore:

I won’t let that (ongoing contract talks ) delay the way I’m going to be playing this season. I can’t let that affect me, I want to do well for this club. I didn’t want (last) season to end. It was a frustrating season for me. When you have been out for such a long time, it is difficult to get into a winning team. It’s my first pre-season for two years now so I want to work hard and get fit. It’s a really exciting year for myself personally and I think this team can go very far. I’m always going to be judged on goals, I’ve been very happy with my goal record when given the opportunity. That is all I can do. I have always played with a smile on my face, always enjoyed playing for this club. It is one of the best groups I have been involved with. I want to be involved with that squad as well. I want to work really hard and make sure I’m in that starting lineup come the first game of the season.

Reading between the lines, I think Theo genuinely wants to stay but also wants to maximise the value of what could be the biggest contract of his remaining career – just like every other player on the planet would. It’ll come down to whether the club value him as highly as he does himself and looking at his stats and assuming he can maintain fitness, I think they probably should.

Back briefly now to Karim Benzema and despite there being no update or development in his rumoured move to Arsenal whatsoever, several outlets have today carried headlines declaring ‘Benzema refuses to rule out Emirates switch’ and ‘Arsenal keen on Benzema’ and ‘Benzema bid beckons’ and ‘Wenger snapchats compatriot Karim’.

As far as I can see, someone on twitter ‘confirmed’ that Arsenal had bid 45 million euros for the player a while back, but that it had all now gone quiet on that front. So yeah, nothing basically. He’s still a Madrid player and we’re still on the hunt for that prolific goalscorer with a top goals to games ratio.